Ms. Keohane and Ms. O’Regan’s 6th classes had a very exciting end to mid-term as they participated in a Spikeball Tournament hosted by Ballincollig Community School.

Following a highly competitive round-robin stage, the top ranked teams progressed to the semi-finals and final. We were thrilled that a Scoil Barra team, ‘The Spikey Hedgehogs’ reached the final. Taking an early lead, Scoil Barra opened the final game in impressive fashion. However, after a closely fought battle, the Scoil Barra finalists were narrowly defeated. A fantastic achievement to earn silver medals for Scoil Barra – maith sibh!

Well done to all 6th class students who participated and thank you to the BCS transition year students who have coached us over the past six weeks. 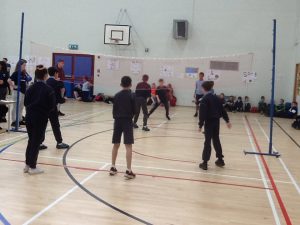 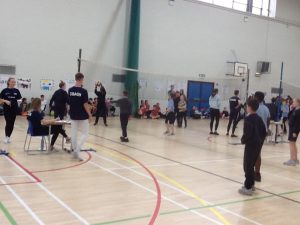 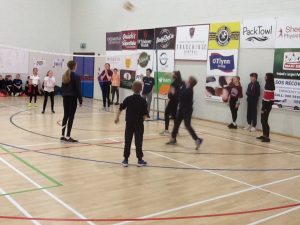 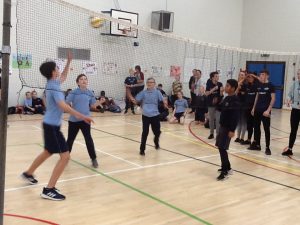 Thanks to our neighbours @balcsie Our 6th class pupils will be delighted to see this video. #firstyears2020 #transitiontosecondaryschool

Here in BCS, we look forward to meeting 1st Year students joining us in September. As we could not meet in May, here is a clip of BCS and what you have to look forward to @scoileoinboys @ScoilBarra @SBNORA @VicarstownNS @CloughduvN @GSUiRiordain

Have a lovely bank holiday weekend to our Scoil Barra community. Enjoy and stay safe.

Lots of content on the #Olympics coming up this week on #rtehomeschoolhub Check it out!

This week’s Theme of the Week is Games! Lots of ideas to support home learning here https://ncse.ie/theme-of-the-week

Calling all budding Scoil Barra illustrators! Maybe you’d like to submit your illustrations for @jk_rowling’s new book!! It’s being released in chapters at the moment! Check it out at https://www.theickabog.com #TheIckabog

Every day, with each instalment release, we will make suggestions for what to draw. We want to see your children's imaginations come to life! #TheIckabog